Why Groveland Elementary Switched From Tinkercad to Makers Empire 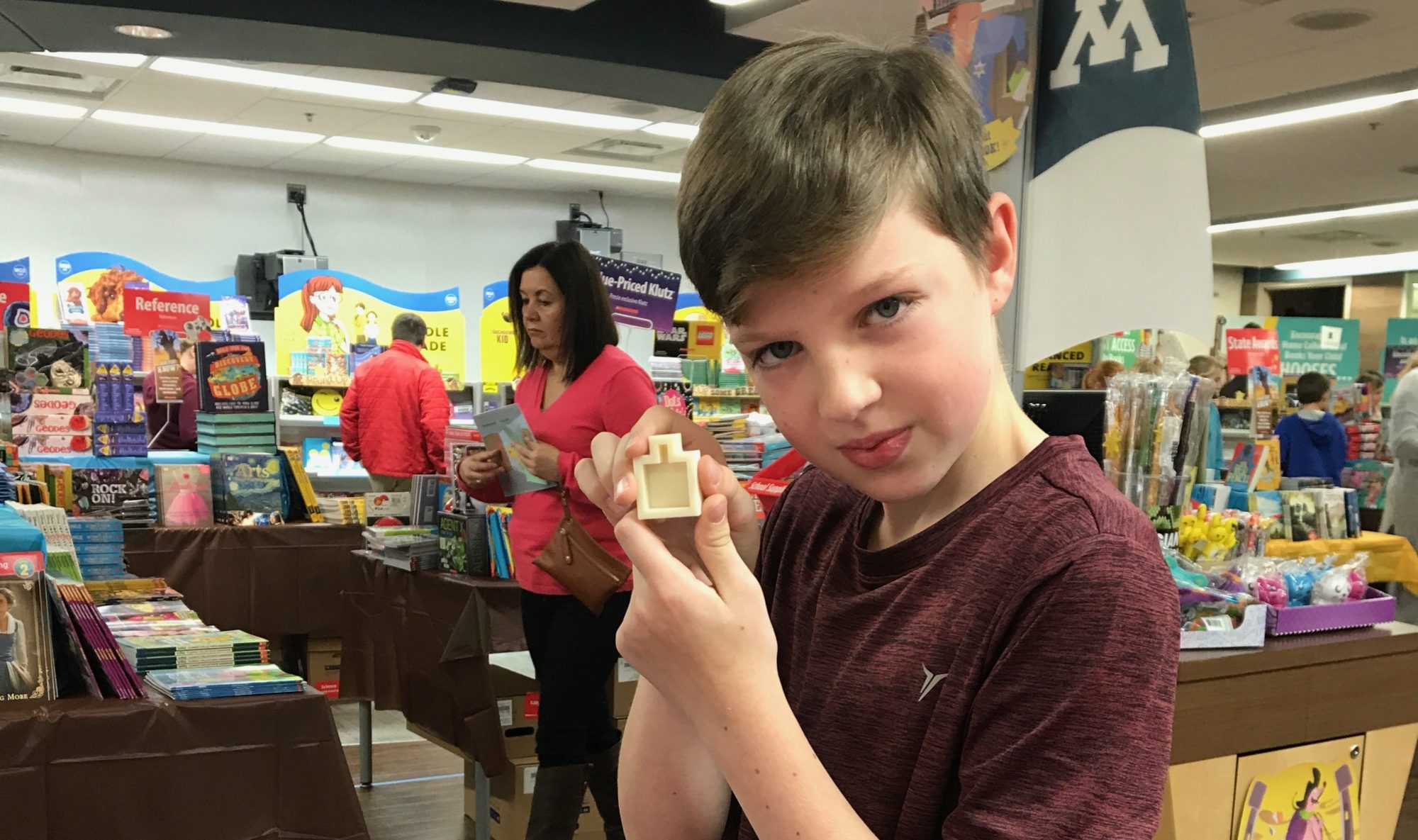 We recently had the opportunity to chat with Colleen Small, the media specialist at Groveland Elementary in Minnesota, USA. She started using Makers Empire only a few months ago but is very happy she made the switch from Tinkercad. Compared to Tinkercad, both she and her students have found Makers Empire to be easier to use and more engaging.

As the school’s media specialist, Colleen works across the school’s classes. As she doesn’t see her students every day so ease of use is very important.

She explains, “I only see the students every two weeks, so they do lots on their own.”

For 3D software to be embraced by both students and teachers, it had to be easy to use. Colleen originally started using Tinkercad because that 3D software is free but she soon found issues with it.

“Tinkercad is kinda clunky, enrolling kids is a disaster and I was very frustrated with it,” she says.

So Colleen tried Makers Empire with her other students during class time and was thrilled by the students’ response.

She says, “the students love it. They picked it up very quickly. Now, they are better at it than I am!”

In a different way, Colleen liked Makers Empire’s Teachers’ Dashboard, which makes it easy to add your classes and then add students into those classes.

Another frustration with Tinkercad Colleen had was that it cannot be used on iPads. The wide use of iPads in elementary and middle schools makes this a real issue, especially at schools with 1:1 iPads. At Groveland Elementary, the 5th-grade students all have 1:1 iPads.

When Colleen was using Tinkercad the fifth-grade students could not use their individual iPads for their 3D design projects, which was frustrating. But now that the school has switched to Makers Empire, designing in 3D “works beautifully on the iPad”.

To get started, Colleen had her students work their way through the challenges that are built into the software. This taught them how to use the app. Colleen worked through these challenges herself, too.

Colleen explains, “The software is intuitive enough once the students do the challenges – they just get it.”

Makers Empire is specifically designed to be used in the classroom as an educational tool. There are plenty of resources to help guide and inspire teachers — including 130+ lesson plans aligned to both US Common Core standards and the Australian Curriculum — and professional development is included to ensure successful implementation.

During classes, Colleen asked the students to draw out their ideas in 2D on engineering paper first and then render those designs into 3D using Makers Empire.

Recently, Colleen’s students did a project around the Ronald Dahl classic, Willy Wonka and the Chocolate Factory. She set the stage by explaining that poor Willy Wonka doesn’t know how to make a chocolate mold and needs the students help. This human centered design builds empathy and is similar to the design process for real world applications. Plus, this lesson is cross curricular: students can read Willy Wonka and the Chocolate Factory in English, design their chocolate mold in art, calculate the capacity of their mold in math and then 3D design and print their molds in their technology class.

Thank you to Colleen for sharing her experiences with us today. We look forward to seeing what you and your students design next!

Jeanette McConnell, Ph.D. is a passionate educator with a strong scientific background. She earned a bachelors degree in biochemistry at San Diego State University and went on to earn a doctoral degree in chemistry at the University of NSW. Throughout her studies she tutored her fellow students. Her experience presenting science shows and workshops to children convinced her of the value of a hands-on education. She believes Makers Empire is the way to make learning hands on and harness the power of 3D printing technology in education.