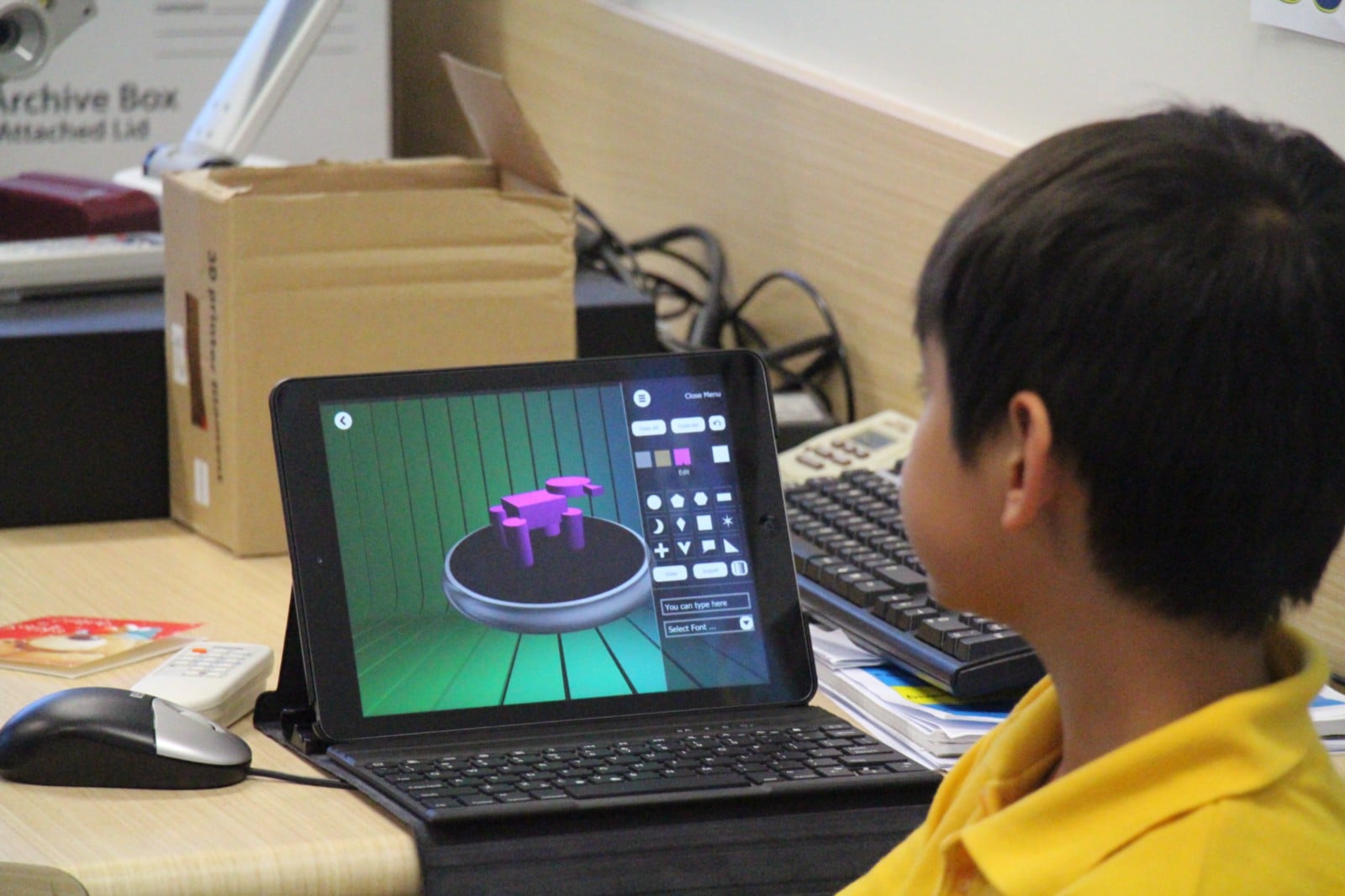 Virginia Primary School boasts a diverse school community with 66% of students originating from non-english speaking backgrounds. Additionally, there have been significant changes in the local area in recent times, with a large automative manufacturer closing down. Against this back drop, the school is determined to ensure its students can compete in tomorrow’s digital and technology economy.

Ilia Tsoutouras, Principal of Virginia Primary School, commented, “As a school we need to ensure we provide as many broad opportunities as possible to promote and prepare our students to be life-long learners.”

“Many of the jobs that exist today will be obsolete by the time our children enter the workforce. As a school we are excited by the creative and innovative opportunities the relationship with Makers Empire will bring through 3D design and printing. This connection has and will continue to add to the quality learning experiences offered to our children.”

As part of the service provided to our Lighthouse Schools, Anthony Chhoy from Makers Empire recently visited the Year 3 students at Virginia Primary school to demonstrate how Makers Empire’s 3D design and printing Learning Program could be incorporated into their study of scientific animal adaptations which is where animals adapt to their environments over time.

Animal adaptions can be both physical and behavioural: examples of physical adaptions include ducks evolving to have web feet, pelicans developing big beaks for fishing and giraffes having long necks to reach the leaves at the top of trees.

As part of their research the students went to the Adelaide Zoo to study animals. Through the Scientists in Schools program, scientist Graeme Crook also visited the school to further their understanding of animal adaption. The year 3 students were then tested on what they’d learnt throughout the term in a one-hour class using 3D design and printing.

First, the students explained both physical and behavioural animal adaptation. Next, they were asked the difference between earth and Mars. They answered correctly that Mars was a dry, hot and a barren land.

Using everything they had learned about animal adaption, the students were asked to design an elephant in two different settings: 1) when it was on earth; and 2) after the elephant had been on planet Mars for 100 years. To further challenge the students, theirs design had to be created using only prisms. The students were then asked to present their designs and adaptations to the class.

The students got busy with their design task. To illustrate their understanding of animal adaption, all their elephants for planet Mars were far skinnier than the ones they designed for planet earth. As Mars has a harsh climate, big craters and no visible signs of water, this seems like a reasonable and logical development.

Cathy Lock, Virginia Primary School Teacher said, “Using the Maker’s Empire app was a great way for the students to explore and consolidate their understanding of animal adaptations. The session was fun and engaging and the students were invited to think creatively and apply their knowledge in a different way. I met my class for 2015 on the last day of school and one of their first questions was when and what would we be doing in 3D printing, so it is definitely an engaging strategy to support students learning!”