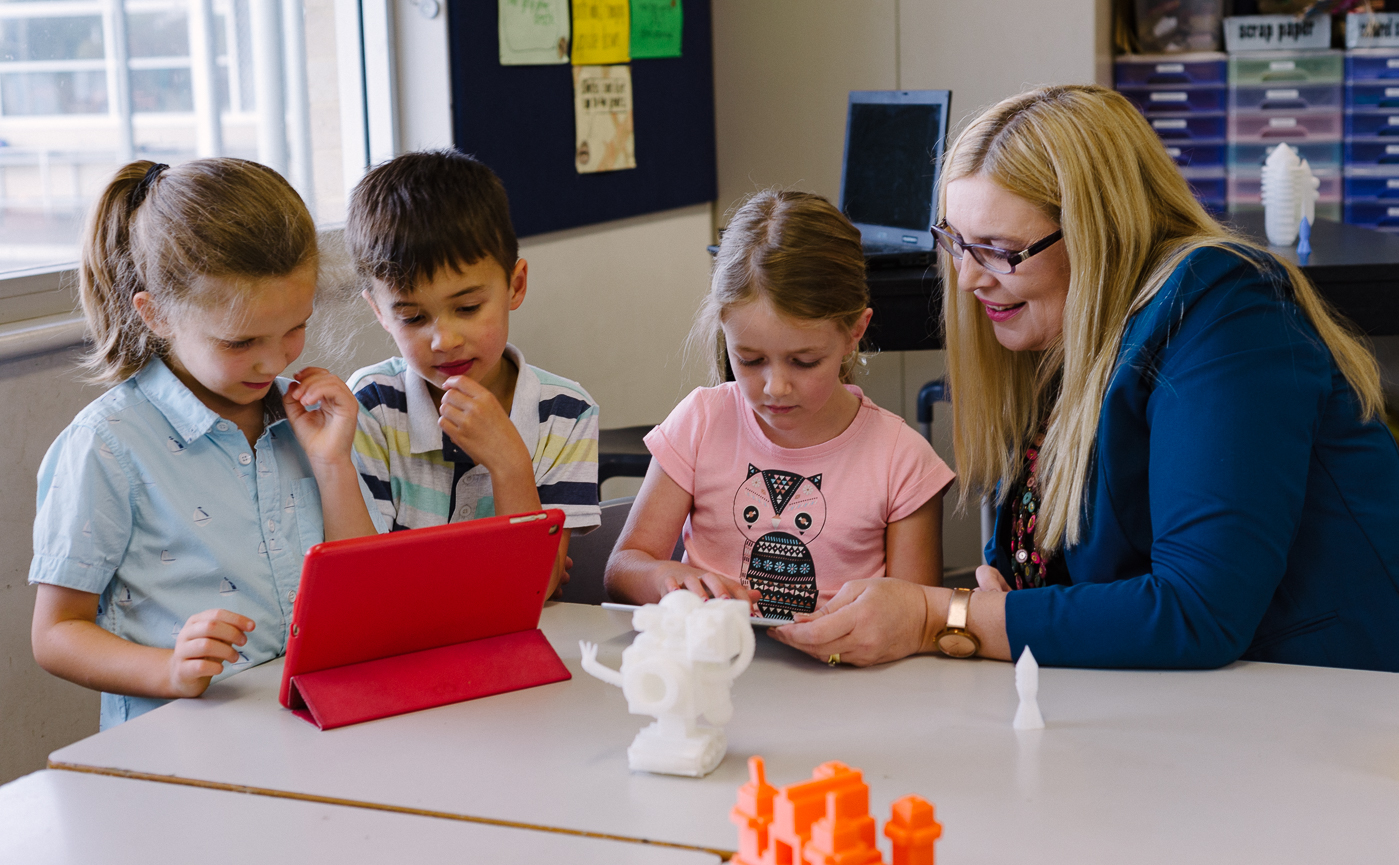 A young person’s spatial reasoning ability has long been an indicator of their future success in STEM achievement. However, until now, there has been little formal research done to investigate methods to improve spatial reasoning skills in young people as well as any related changes in students’ attitudes towards STEM that may occur.

From April to December 2021, UniSA’s Centre for Change and Complexity in Learning (C3L) partnered with three schools in South Australia and an Australian EdTech company, Makers Empire, to explore the impact of a gamified computer-aided design program — Makers Empire — on the spatial reasoning and attitudes of primary school students.

Over the course of the Makers Empire program, there was a significant increase in three spatial reasoning skills: spatial orientation, spatial visualisation and mental rotation.

The Makers Empire program also appeared to improve students’ attitudes towards digital and design technologies, foster appreciation of the creativity involved in design thinking, and decrease anxiety students felt about STEM. Together, this indicates that the Makers Empire program may be encouraging positive feelings towards STEM and design thinking.

Interestingly, improvements to spatial reasoning skills were even more pronounced in female students. At the same time, there was also a significant improvement in girls’ self­ efficacy – that is, they believed in their own abilities more, which is an important factor in STEM engagement. This suggests that the Makers Empire program may be working to close the gap between females’ and males’ spatial reasoning skills and attitudes about STEM. It might also mean that girls are particularly responsive to the program, highlighting a potentially influential design choice within the program itself.

Skill growth was also particularly rapid among students who scored below average on spatial reasoning skills tests prior to the program, suggesting the Makers Empire program may also engage students that wouldn’t normally choose to engage. 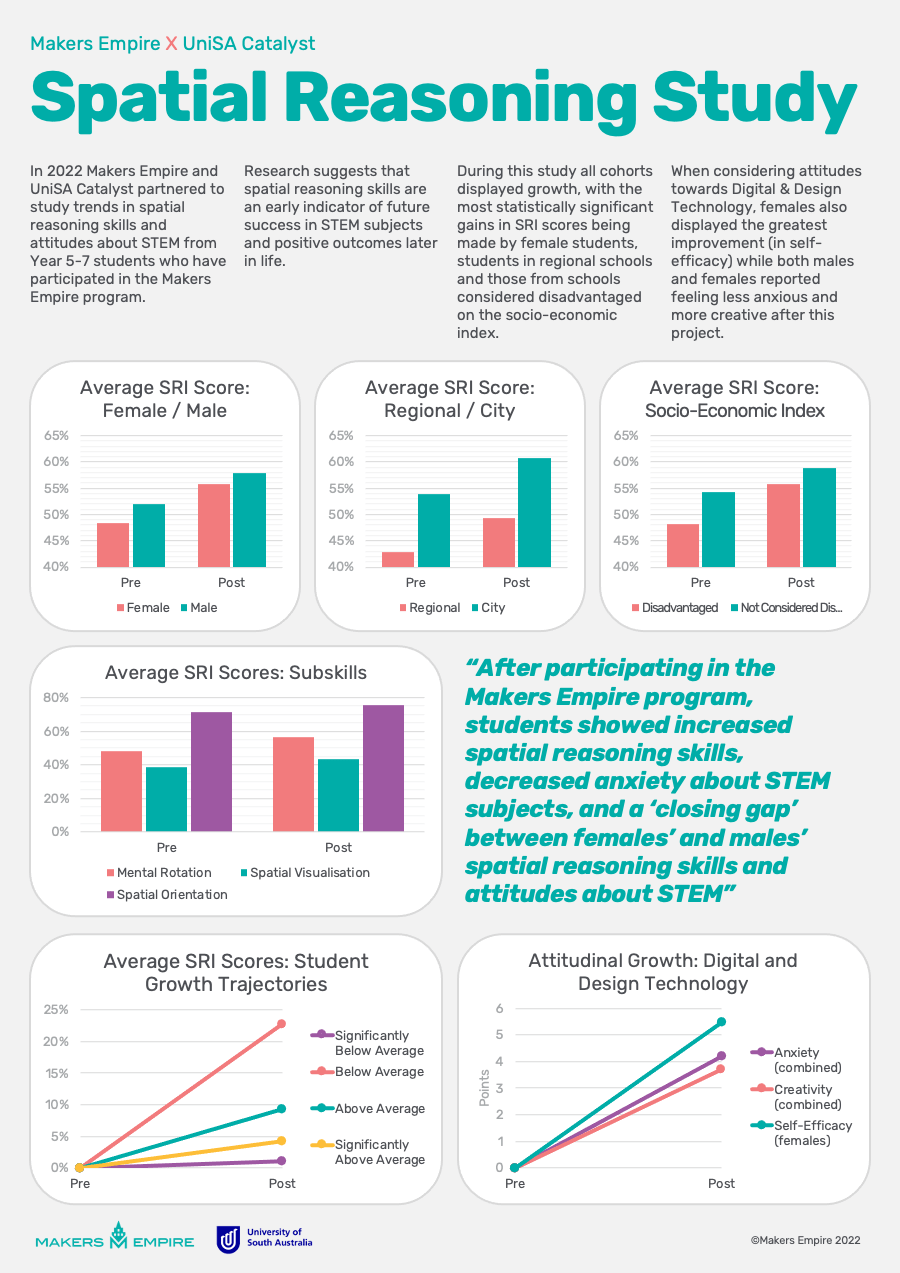 Simon Leonard, Associate Professor of STEM Education at the University of South Australia says, “We’ve known for a while now that spatial thinking is one of the really important ingredients to success across the STEM disciplines, and that spatial reasoning is malleable — it can be improved. What we’re seeing in this research is some clear indications of how to design large-scale educational programs to support that improvement. Specifically, we’ve seen that the Makers Empire program that takes account of the emotional side of learning and builds self-efficacy is supporting significant cognitive improvement with respect to spatial thinking”.

Mandi Dimitriadis, Director of Learning at Makers Empire said, “The findings of this research are very encouraging. Over the years, we’ve had lots of teachers tell us that they see their students’ spatial skills improve through using Makers Empire. We had also received some promising survey results in Australia and America so we were delighted to explore them in more depth via a formal university study with UniSA. It’s great to now have this evidence to show the impact of our program. We’ve always known that our 3D design tools are great for students who enjoy using their spatial abilities to demonstrate their learning and ideas in creative ways through design. Thanks to this study with UniSA, we now know that we are also helping bridge the gap for students who don’t already have well-developed spatial reasoning skills. This is very, very exciting!”

Background to the Research Study

This engaging virtual ‘Maker Space’ prompts students to solve challenges and share their creations with other learners to build educational communities. As many of the interactions within the program engage spatial reasoning, UniSA Catalyst investigated the possible development of both the students’ attitudes towards STEM and their spatial thinking.

Spatial reasoning refers to the students’ capacity to think about the relationships between shapes and objects within environments, whether they be virtual or real. Training in this capacity has been shown to improve student achievement in STEM (Uttal et al., 2013), and has particular influence on mathematical performance (Hawes et al., 2022).

Traditionally, spatial reasoning within primary classrooms has been developed with manipulatives and static diagrams, but virtual 3D environments provide the opportunity to extend thinking through cleaner, more flexible and extensible features (Dokic et al., 2021). Additionally, CAD programs such as Makers Empire can provide the ability to dynamically adapt, split and recombine objects therefore providing educational affordances beyond the average classroom. Consequently it was hypothesised that involvement with the Makers Empire program would benefit spatial reasoning development.

Beyond thinking capacities, attitudes towards STEM have an important role in determining student cognitive and affective engagement with the subjects. They filter the skills students identify as important and frame the subsequent learning. Makers Empire has identified a particular mandate to ‘be fun’ as well as educational and hence this study also explores any attitudinal changes in the students over the course of the study. 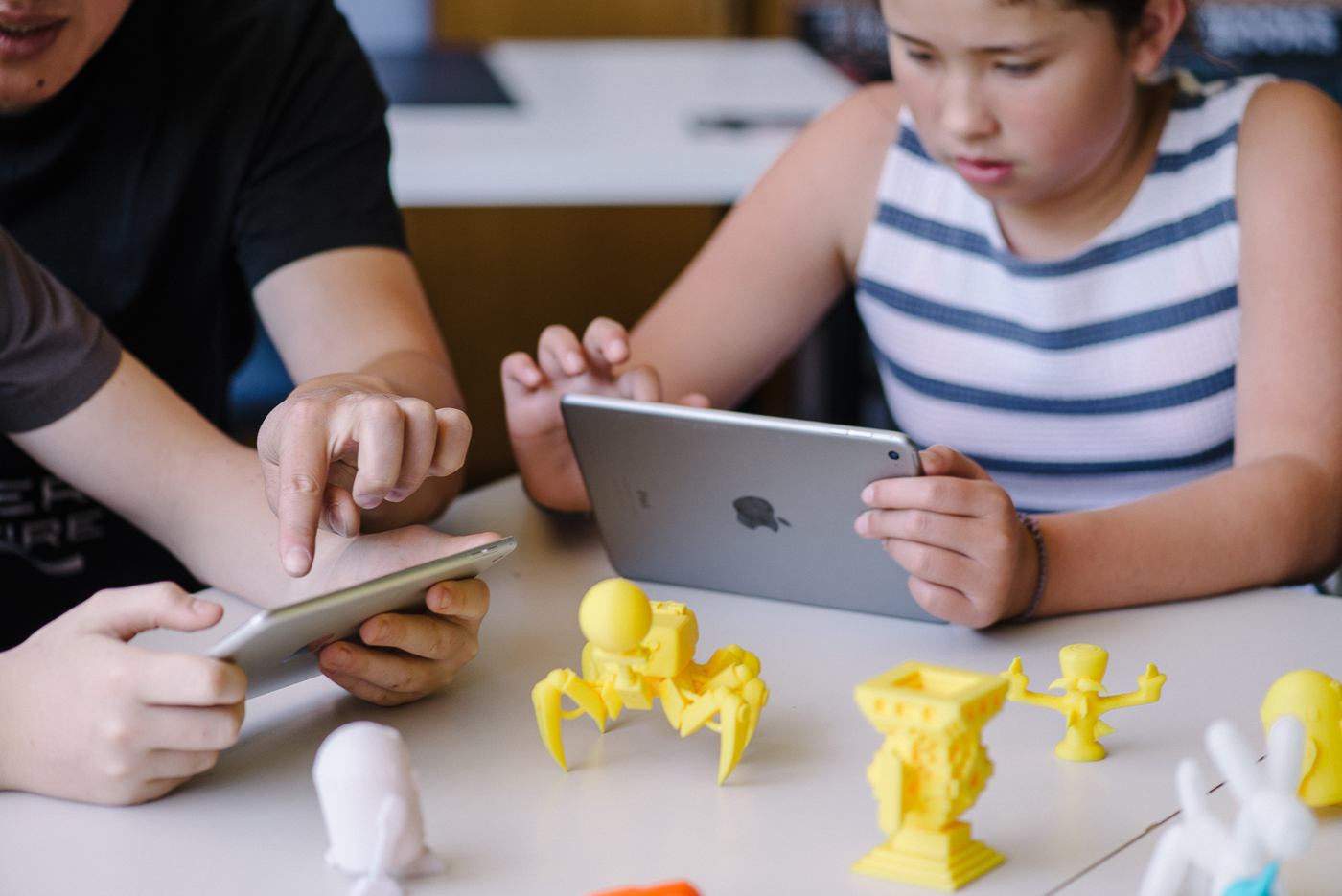 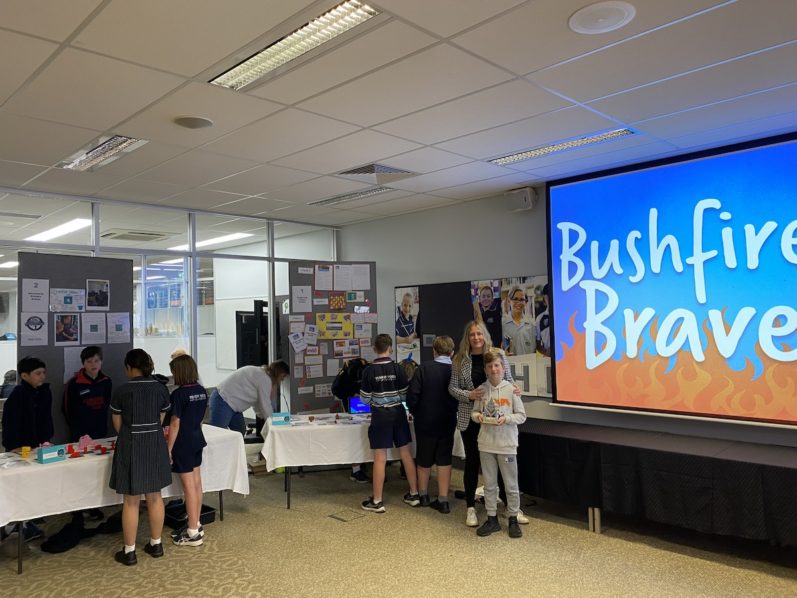 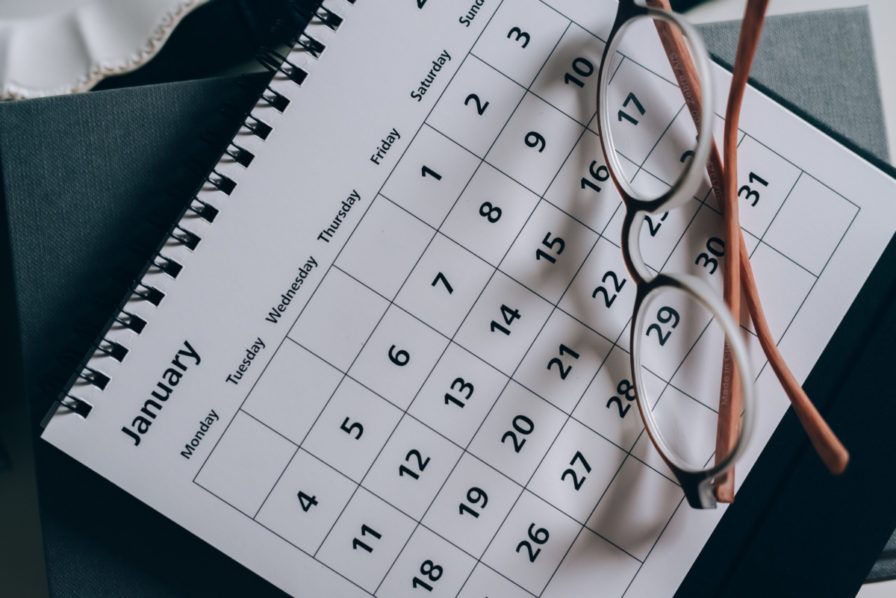 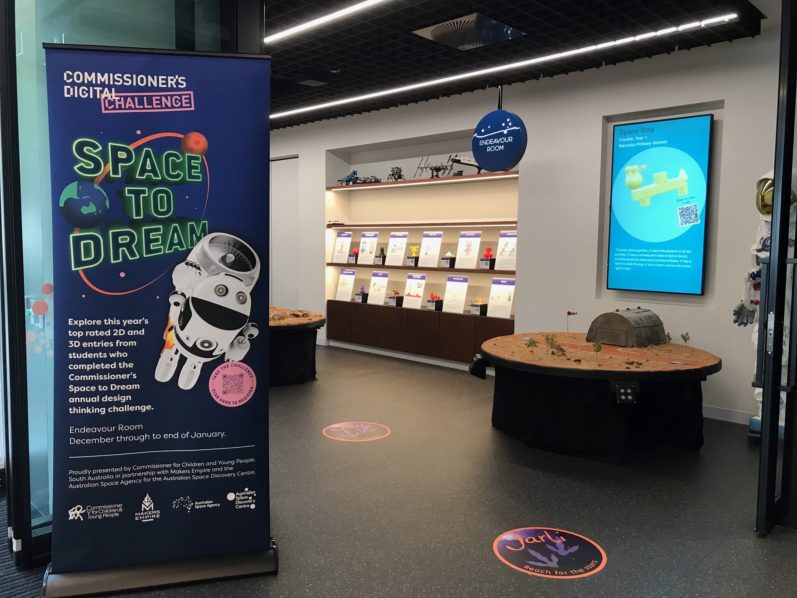 Space to Dream Exhibition at the Australian Space Discovery Centre

Now in its third year, the Commissioner’s Space to Dream Challenge …