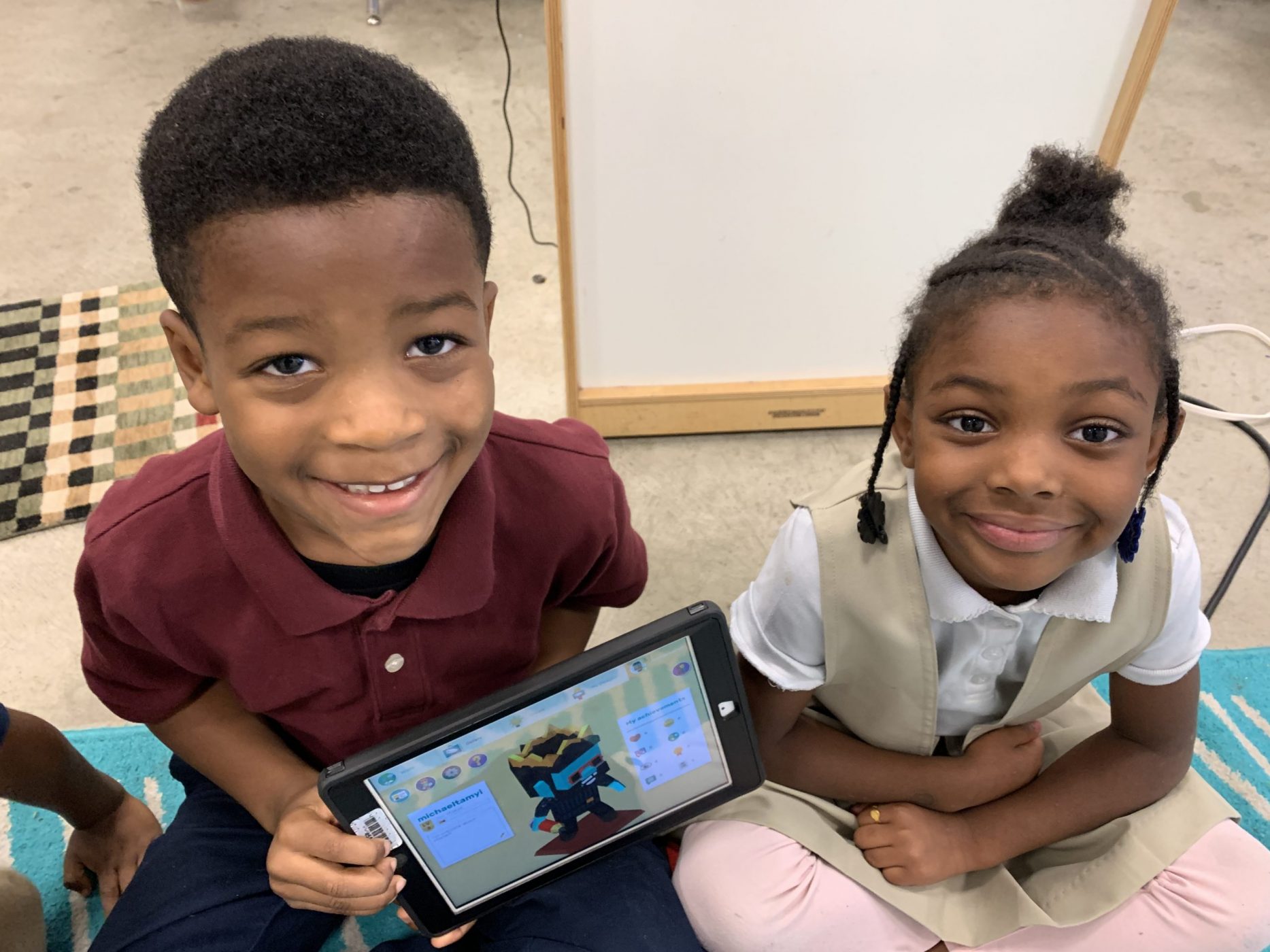 LearnLab’s six-month research pilot accelerator partnered Makers Empire with the Academy for Integrated Arts in Kansas City and with Operation Breakthrough for a living classroom pilot.

Academy for Integrated Arts (AFIA) is a public, charter elementary school serving grades Pre-K through sixth grade.  AFIA is unique from other elementary schools in that students use the arts — dance, music, visual art, and theatre — as a way to learn core academic subjects. “This fusion of art with academics sparks the imagination and challenges the intellect, preparing students for vibrant, successful lives in secondary school and beyond.”

Operation Breakthrough is a before- and after-school enrichment program that serves 265 kids between Kindergarten and 8th grade.  The mission of Operation Breakthrough is “to provide a safe, loving and educational environment for children in poverty and to empower their families through advocacy, emergency aid and education.”  Of the families served, 80% live on less than $12,000 annually.  It is located in central Kansas City and is open to all public school students.

The second outcome evaluated in this study was oral language development.  Along with the spatial reasoning assessment described above, there was an oral component to the assessment.  After students completed their house creation within Makers Empire, the teacher or research assistant asked each student a series of questions that the student had to respond to verbally.  The questions were used to assess the extent to which a student could accurately describe and count the shapes used in their creation as well as the process they followed to create the house.

Highlights of the Research Study Results

This study showed that students who used Makers Empire experienced, on average, an increase in some spatial reasoning skills and were better able to describe the steps in the process of creating something from scratch. While the efficacy evidence was only descriptive and limited by sample size, the preliminary positive evidence this study did find lends support for a larger, more robust efficacy research study.

Jon Soong, CEO of Makers Empire, commented, “we are greatly encouraged by the findings of this research study. There is already much research showing the strong link between students’ spatial reasoning skills and their future success in a STEM career. So if we can help students improve their spatial reasoning, we can help them be more successful in STEM. We look forward to building on the findings from this research study by observing a greater number of students in a bigger research study as soon as possible.”