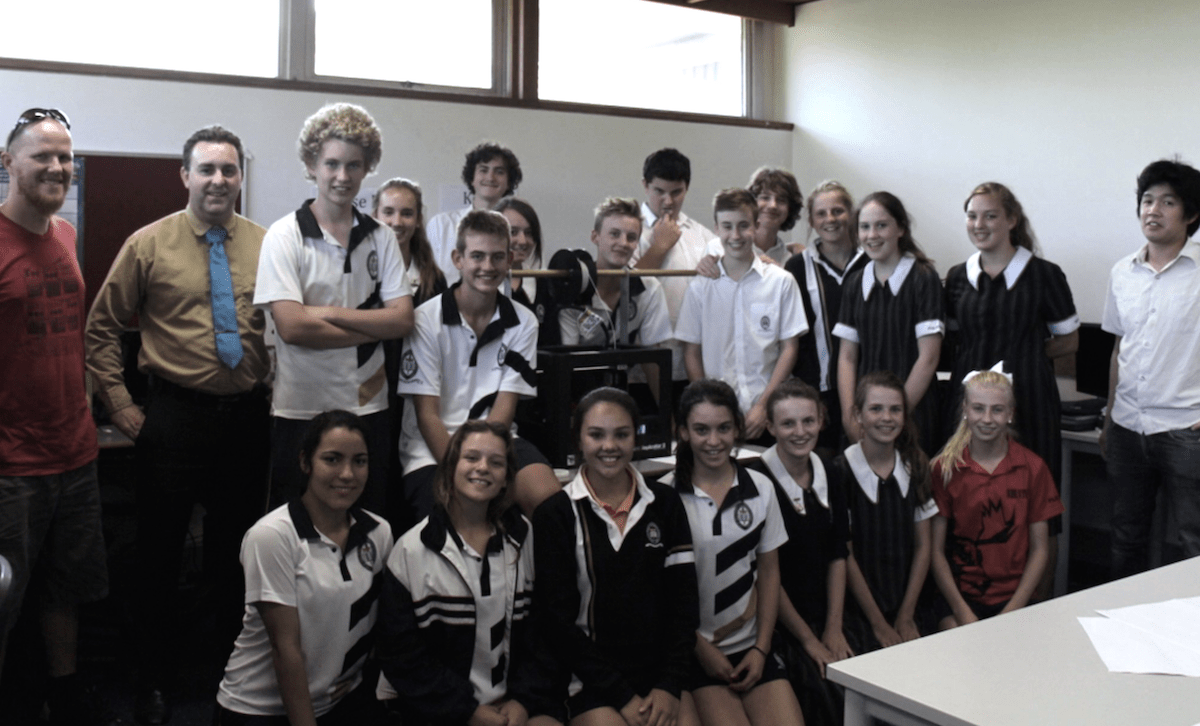 During the last few weeks the team at Makers Empire have been busy talking to schools about design and 3D printing. One of the schools we recently visited was Pulteney Grammar School in South Australia.

The Makers Empire team were fortunate to present to a bright year 9 class and their inspiring teacher, Jarrod Johnson. It was great to learn about the students’ experience and knowledge of design and 3D printing.

The Makers Empire team were particularly interested to learn about the student’s subject, Enterprise and Innovation, in which students are required to come up with a product, design it, 3D print it and then learn to bring it to market. Talk about cross-curricular learning!

Jon Soong, Makers Empire CEO, commented, “we were really impressed at how the students came up with all the different product ideas. It just goes to show that the creativity of young minds, when given an opportunity, has no limits.”

“Being able to watch how the students use the app, and hear their instant feedback, gives us enormously valuable data that we can use to improve the Makers Empire user experience,” he said.

Jarrod Johnson, Pulteney Grammar IT Specialist Teacher, said, “The students loved having the real world experience of Jon, Roland and Lap come in to demonstrate the Maker’s Empire iPad app, and in turn, the Makers Empire team were really interested in what was being designed in the class.”

“In small groups, the students were encouraged to explain their creation to one of the experts in the industry. This task really showed off the depth of their research and creativity but also identified where their explanations need to improve before their big presentation to the Inventors Panel at the end of semester. When the class came back together as a group, they in turn gave very good constructive feedback to the Makers Empire team on their product and where they think 3D printing technology will go in the future,” he commented.

“Partnerships between schools and industry foster innovation and enterprise and Jon, Roland and Lap have a good understanding of both the end users of their product and ultimately how to engage with a younger audience. The class wish the team good luck with their venture and hope to continue a working partnership with Maker’s Empire.”