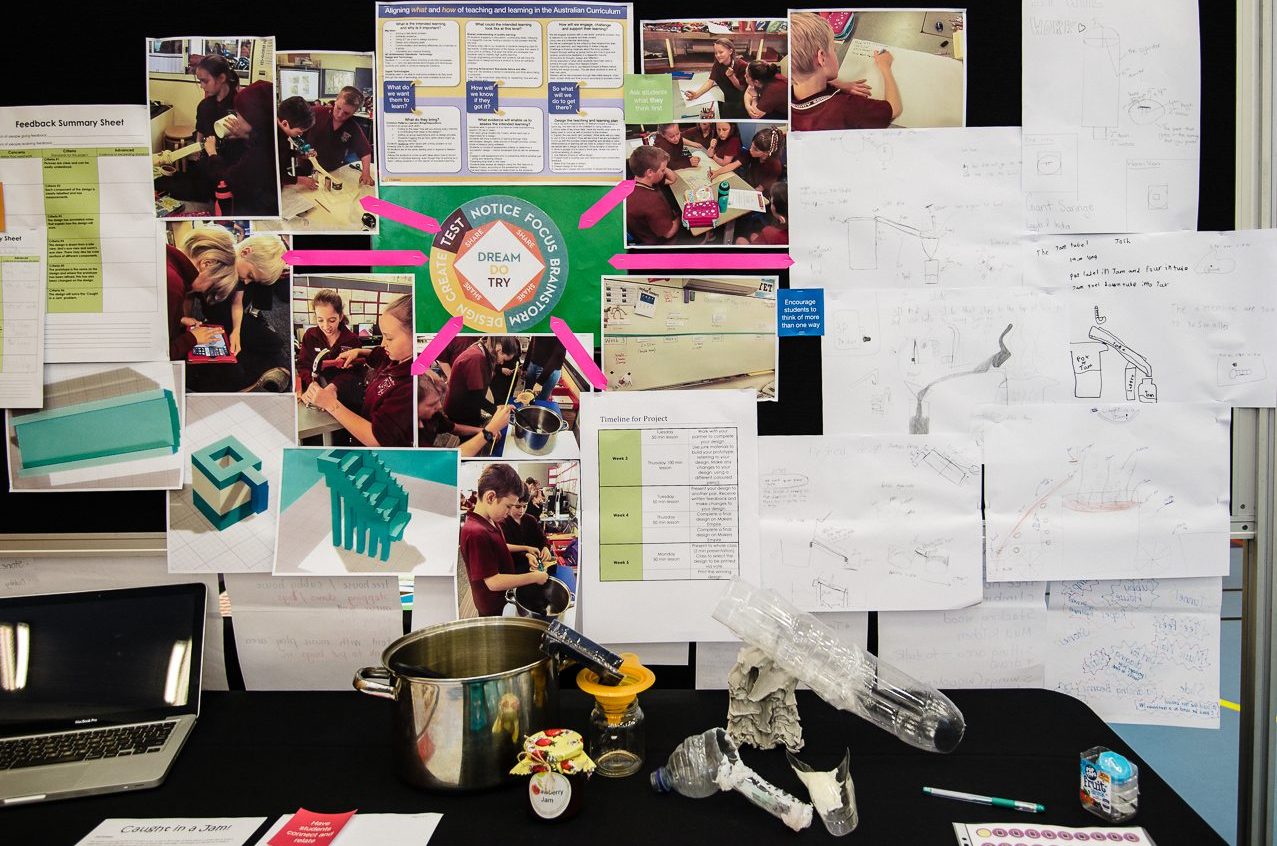 Wondering how to use 3D printing to teach STEM subjects, design thinking and 21st century skills? Be inspired by this new interview with Bianca Laister, the Deputy Principal and Student Wellbeing Coordinator at Birdwood Primary School, a school in regional South Australia.

Prior to completing Makers Empire’s Learning by Design course as part of the SA DECD rollout of 3D printing to 49 primary schools, Bianca had no experience with 3D printing. But she was instantly inspired by its possibilities as a teaching tool in the classroom.

“I was excited by the (Makers Empire 3D) software, as I found it very user friendly and was able to do most things I wanted,” she says.

“When I went to the (Makers Empire) training I could really see how you could use 3D printing for R-7 – we could instantly see how to use it throughout the whole school..We went away from the training so inspired and couldn’t wait to get started with our project,” she says, enthusiastically.

Inspiration soon struck while she was preparing a batch of home-made jam for an important school event, The Birdwood Farm Day. This annual fete attracts huge crowds of up to 8,000 people.

The jam has to be at boiling point to get a decent seal, so Bianca was decanting boiling hot, liquid jam from a heavy pot into individual glass jars. As the jam was being made for the school’s fundraising event it was important to maximise the quantity of product but a significant quantity of jam was being spilt and wasted.

“I came back after the holidays and told (my colleague) Jodi about the jam problem and she thought it was brilliant,” she says.

So they challenged the students to develop a device that could catch spilt jam.

“I’d taken photos so I could clearly explain the problem and we had question time so kids could ask questions, too. We knew we were onto a good problem because from the moment we presented the problems to the kids they were hooked in and all their questions were about them understanding what was happening because that impacted on their designs,” Bianca says.

The teachers deliberately gave the students a strong voice in the creative and design process.

“Jodi and I had never done 3D printing before either and we went into this thing telling the students that they know as much about this as we do,” she says.

“Giving up control – for teachers, that was really scary. This was a huge step out of our comfort zone! If the students asked a question we didn’t know we’d put it back to them: we don’t know the answer so what can we do to find the answer?”

Teaching kids that the power to solve problems and research solutions resides within them is an incredibly important life lesson. Similarly, teaching kids that it’s OK to be operating out of his or her comfort zone helps to build resilience and has life-long, positive, benefits.

In a similar way, deciding the requirements of a successful design and how the students would be assessed was discussed and agreed with the students.

“Initially, we were just focused on the design itself but then the kids came up with the idea that presentation skills were important, too. So the kids actually wanted to have assessment around their presentation, their design and their prototypes” Bianca says.

This collaborative style of learning was further extended through regular peer feedback.

“We set up a single point rubrik with the kids. Every step of the way, they had to receive feedback from their peers – plan, design, feedback. Our school has really been trying to push growth mindset so that the students realise its OK to make mistakes and that mistakes are opportunities for learning,” Bianca explains.

“Being part of this 3D printing project, the kids really saw the value of getting feedback not just from adults but also from their peers. As a teacher, I found that really powerful – I don’t think I’ve see a situation before where I’ve seen kids been so open to criticism. We really created a culture where we were helping each other to get better.”

So how did the students find the design process?

“Initially, some students struggled with the idea of scale. But through manipulating prototypes and understanding the size of the printing plate and software, most were able to develop these skills. One student in particular struggled with spatial awareness when using ME. We found that after she built her prototype, she was able to better understand the different viewpoints and developed her understanding of viewing objects from different angles,” Bianca says.

As part of the project the students had to vote on the best design created.

“We used the Makers Empire ‘like’ feature to vote for the design we thought was best for printing,” she says.

“When we posed that to the students they said, what’s going to stop them voting for their own design? But we went back to the single point rubrik and explained that sometimes your design is not going to be the best, and it’s not about winning… I was so proud of the kids. After they did their presentations, some of the kids were saying to each other, ‘your design is so much better than mine so I’m going to vote for yours.’ I looked across at Jodie, and we were both like, this is exactly the result we were hoping for! And we had a clear winner so it was clear that they’d really paid attention.”

Bianca is enthusiastic about the benefits of using Makers Empire as a teaching tool in the classroom.

“How long is a piece of string? Very strong connections to STEM, highly engaging, ability for teachers to be able to integrate the curriculum easily, opportunities to team teach, addictive – other teachers are getting sucked in! When people are feeling inspired, it has a knock-on effect, and I’ve already had other teachers come and tell me that they want to learn about it and get involved,” says Bianca.

So how would Bianca rate her overall experience with Makers Empire?

“This was the best PD that I have been involved in for ages… This whole project has been inspiring for teachers and students in empowering students to become change makers. Our students were so engaged and excited about solving a real-world problem – even if it was just a small jam making issue. The fact that they could see they could help someone through their own design, meant their learning was authentic and valued.”

As for the school’s next 3d printing project, Bianca is already thinking about a problem within the school community that the students can solve.

“We have a garden with chickens but some of the chickens are losing feathers because they’re bored so they’re pecking at each other. So we thought of getting the students to design the chickens some toys.”

Looks like another real-world problem with potential commercial application that’ll soon be solved by primary school students. Congratulations, Birdwood Primary School! We can’t wait to see what you come up with next.

Christina Soong, BA. GradDipMgt. GradDipAnth. has worked for a dozen years in senior management roles for leading not-for-profits in Australia, Asia and Europe: previously, she was the Executive Director of the Australian Chamber of Commerce in Shanghai. She has also worked as a food & lifestyle writer, photographer, recipe developer and blogger: her blog, The Hungry Australian won the national Best Australian Blogs 2014 competition.