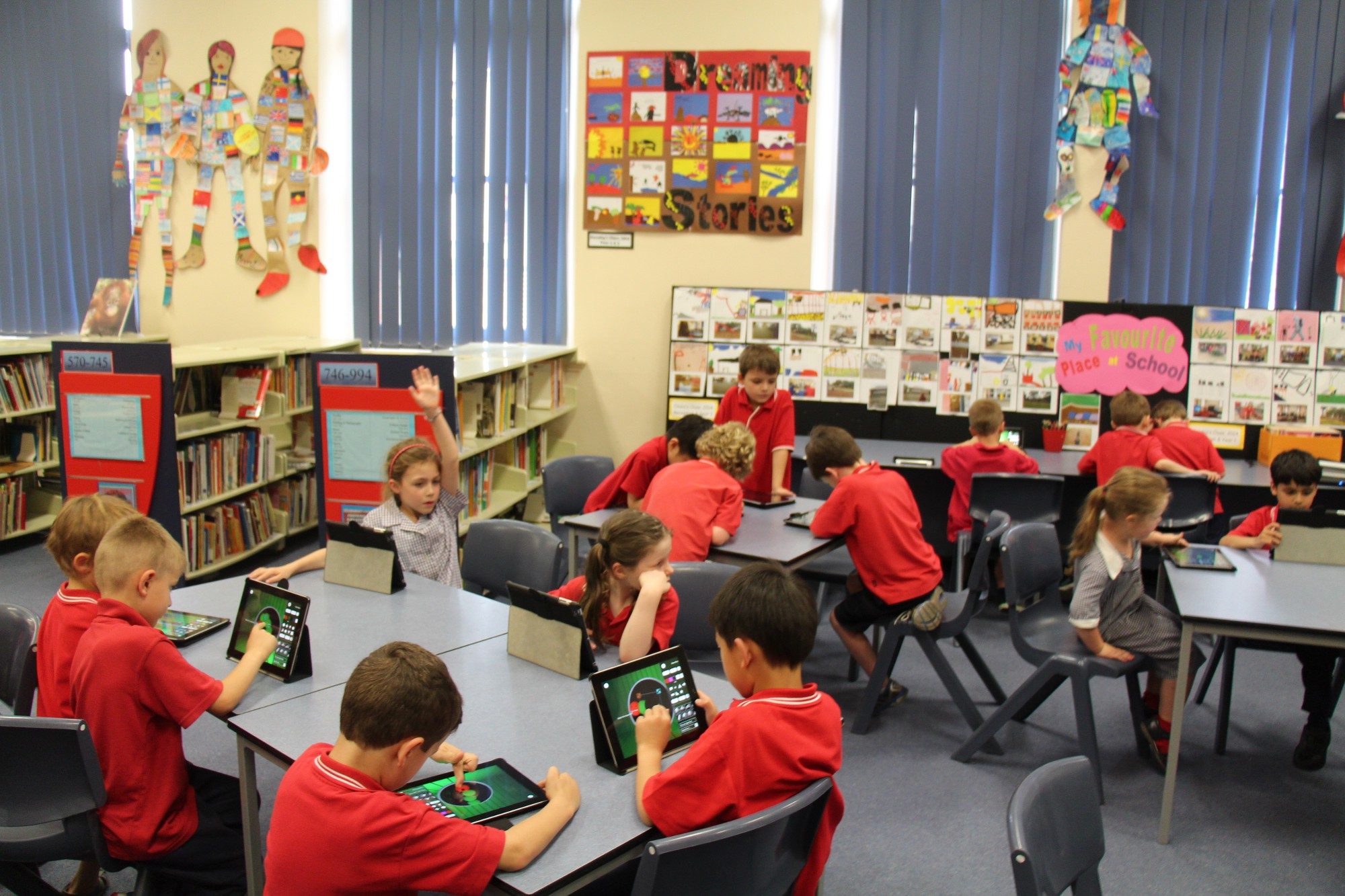 The Very Hungry Caterpillar is one of the most beloved children’s story so most of the students in the class were very familiar with it.

The young students recalled how The Hungry Caterpillar would eat through many different types of fruit and food and then go into a cocoon before transforming into a beautiful butterfly. They were also able to name different parts that make up a caterpillar like its head, legs, eyes and antennas and explain how long it takes for a caterpillar would stay in its cocoon.

After passing with flying colours, the students then attacked their design challenge in Makers Empire 3D design app: creating their very own caterpillar.

After designing their very own caterpillar, the students came out in front of their class to talk about their design and describing their caterpillar.

The students explained what kind of shapes they used, how they created eyes and the challenges they had. They sphere shape was a popular choice to create the body and head.

Lap Leung of Makers Empire, was impressed with the students’ familiarity with The Hungry Caterpillar and their knowledge of its shape and habits.

“The children knew every food The Very Hungry Caterpillar ate, and the quantities. They knew the caterpillar would need to eat a full tummy before going into its cocoon for its beautiful transformation into a butterfly. When they went about creating their own caterpillar in the Makers Empire 3D design app, they all identified the need for a head, body, legs, antenna and knew which colour to use, too.”

“The Makers Empire 3D design app made sophisticated designing available and accessible to young students. They were totally engaged as they designed their very own 3D Hungry Caterpillar.”

Get ready for more holes in your food as North Adelaide Primary School unleashes more very hungry caterpillars into the world!