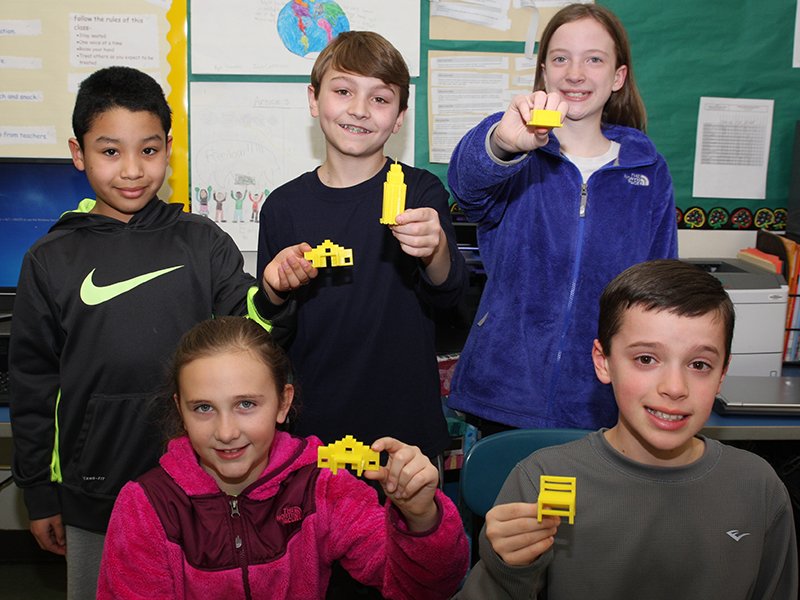 We recently caught up with Lisa Hatton, a teacher at Maplewood Intermediate School, to hear about how her students are benefiting from integrating the Makers Empire 3D printing learning program into the classroom.

Lisa has been using Makers Empire in her classroom for three years and in that time, her students have created some amazing projects. Previously, they told us about their project creating storage containers that could be used onboard the International Space Station. So, we couldn’t wait to learn about what they were up to now!

Like other teachers, Lisa found that Makers Empire is an ideal tool to enhance learning in the subjects that you already have to teach your students.

Lisa says, “many of the prints my kids have made coincide with the content I am teaching. For example, we study the regions of the United States in the 5th grade. My students researched famous landmarks and created a 3D replica of the landmark.”

The students may not be able to visit the landmarks in person, but creating their own mini replica of the landmarks helps bring them to life.

As a long-term user and enthusiastic supporter of Makers Empire, Lisa sees multiple benefits of using Makers Empire in her classroom.

“Makers Empire excites students. They love working with it and look forward to it,” she says.

It’s wonderful to hear that Makers Empire can be used as a tool to engage struggling students!

Lisa says that it’s not just the students who benefit from using Makers Empire: this technology has given her another tool to incorporate into her teaching practice. For Lisa, Makers Empire is “another avenue that allows me to incorporate STREAM into my daily lessons. It adds another layer to the curriculum allowing us to dive deeper into the curriculum from a different standpoint – 3D printing.”

Three years ago Lisa had no experience with 3D printing, but since she took the leap she hasn’t looked back! In doing so, she is setting her students up for future success while simultaneously making learning fun.

As Lisa says, “I love that the kids love it and that they are able to create and design in such a fashion.”

Thank you so much to Lisa and the students at Maplewood Intermediate for sharing their experiences with 3D printing. We love that you are loving Makers Empire, too! Keep up the good work!