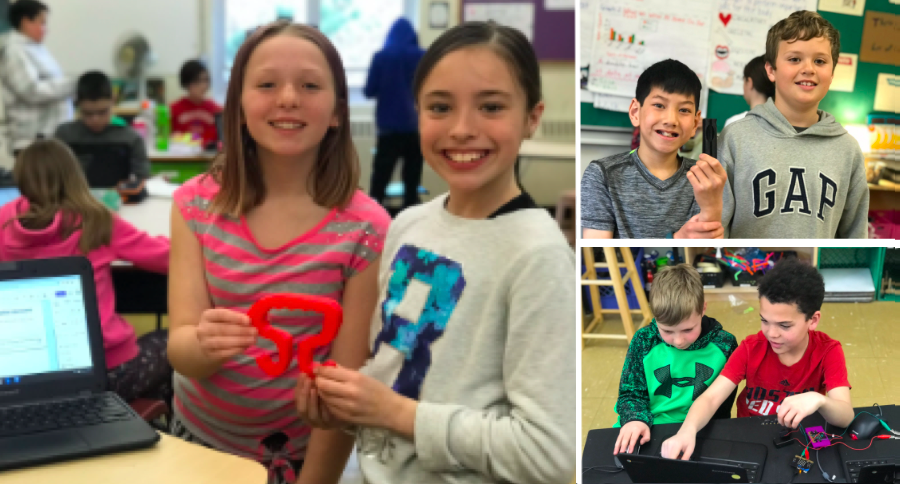 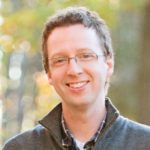 Jeff Hennigar is a grade 5 teacher at BLT Senior School in Canada and a Makers Empire ambassador. We previously published Jeff’s guest post about how 3D printing helped unite his class and raise money for a local hospital. Today, we’re happy to be sharing Jeff’s latest 3D printing project, which saw his students helping people with disabilities by using 3D printing. You can follow Jeff on Twitter here.

How did this project come about?

I was asked to participate in a collaborative project with two organizations here in Canada: Brilliant Labs, which has a focus on STEM teaching and learning for kids, and The Niel Squire Society, which works to empower people with physical disabilities through using technology. They were working together on a project to get school-age students designing assistive devices. The timing was perfect since we were learning about the human body in 5th-grade science, and here in Nova Scotia, Canada, we also have health curriculum outcomes around the community. It was perfect!

What were the project objectives?

Like any project, there needs to be an element of buy-in for students. I needed a hook. So, I made it personal. We had several guest speakers come in to tell us about their life living with a physical disability, as well as medical experts, and we had several Google Hangouts with other schools in our area to meet kids that live with physical disabilities. In all cases, we wanted to know what was difficult in their daily life. The goal being, that students could come up with solutions that aren’t general, they are specific to an individual. We would make devices and send them to people that could really use them!

What were the project steps/stages?

Students chose a condition or physical disability that affected someone they know, or someone we met through visits and video chat. They researched the condition to become experts on the topic before using a design-thinking framework to plan and prototype devices that could be used to make life easier for someone living with that condition. Several groups made 3D printed items, while others chose to create their prototypes using hands-on materials. One group even coded 2 MicroBits to act as a proximity alarm for someone with visual impairment so they would know when they were getting close to something hazardous like the top of a stairway. Several students took their projects home to give to family members, and others sent them to people we met through the project. It was very powerful to get feedback and see pictures of the devices in use. The kids were thrilled!

What were you hoping that your students would gain from the experience?

I wanted my students to see that the work we do in school isn’t about satisfying a teacher to get a grade. Learning can be impactful on others and we can solve real problems using the skills and tools we have access to. The goal of 3D printing isn’t to print trinkets, it’s about solving problems that we weren’t able to solve before the technology was available. Before 3D printers, we had to rely on industry to design/make this kind of solution. Now ANYONE can be a problem seeker and a problem solver.

How did the students find the experience? What did they gain from it?

They loved it! They are used to project-based learning, so they were ready for this undertaking. A representative from our district came to make a video about the project. The class loved sharing all about their devices and how they were created, and how they were going to help others. I hope they gained some empathy for others and an understanding that they can make meaningful changes in the lives of others. I think the project also brought awareness and understanding to the kids about the daily difficulties that others deal with. They had heard about many of these conditions, but I think meeting and hearing from individuals affected were impactful.

What were some of the challenges? How did they overcome these?

Like any project with a class all completing different types of projects, it can be hard to make time to provide feedback and check-in on their progress. Using reflection tools like Flipgrid, I was able to give feedback on my own time when the classroom was too busy to get to everyone. I even had 2 groups that technically didn’t “finish.” They were making things that were very complicated and did not complete a working prototype. However, these projects were still a huge success! Even though they didn’t create a final product, their design skills and curriculum content knowledge goals were met. It’s about the process more than the product.

What was the reaction from the end-users?

I think they felt as good about receiving the devices as the students did that made them! We received several emails with photos of the devices in use, and thank you messages that made the impact of our work visible.

What advice would you give to a teacher keen to do something similar?

Offer guidance, but let design projects be about passion and interest as much as it is about content. I had a group that wanted to create a fidget device for someone specific living anxiety. This didn’t meet the original criteria of the project (a physical disability), but it was a topic that was personal and interesting to the students, so I let them! Also, don’t restrict students to one tool or medium. Some kids work better with hands-on materials, or on a device with a mouse, etc. Let them demonstrate their learning in a way that the best for them! You can also learn more about the project here:

Thanks so much for sharing your story with us, Jeff. We look forward to seeing what you and your students get up to next.