How a Grade 4 Teacher Used Dinosaurs and Makers Empire to Teach Maths, Science and English 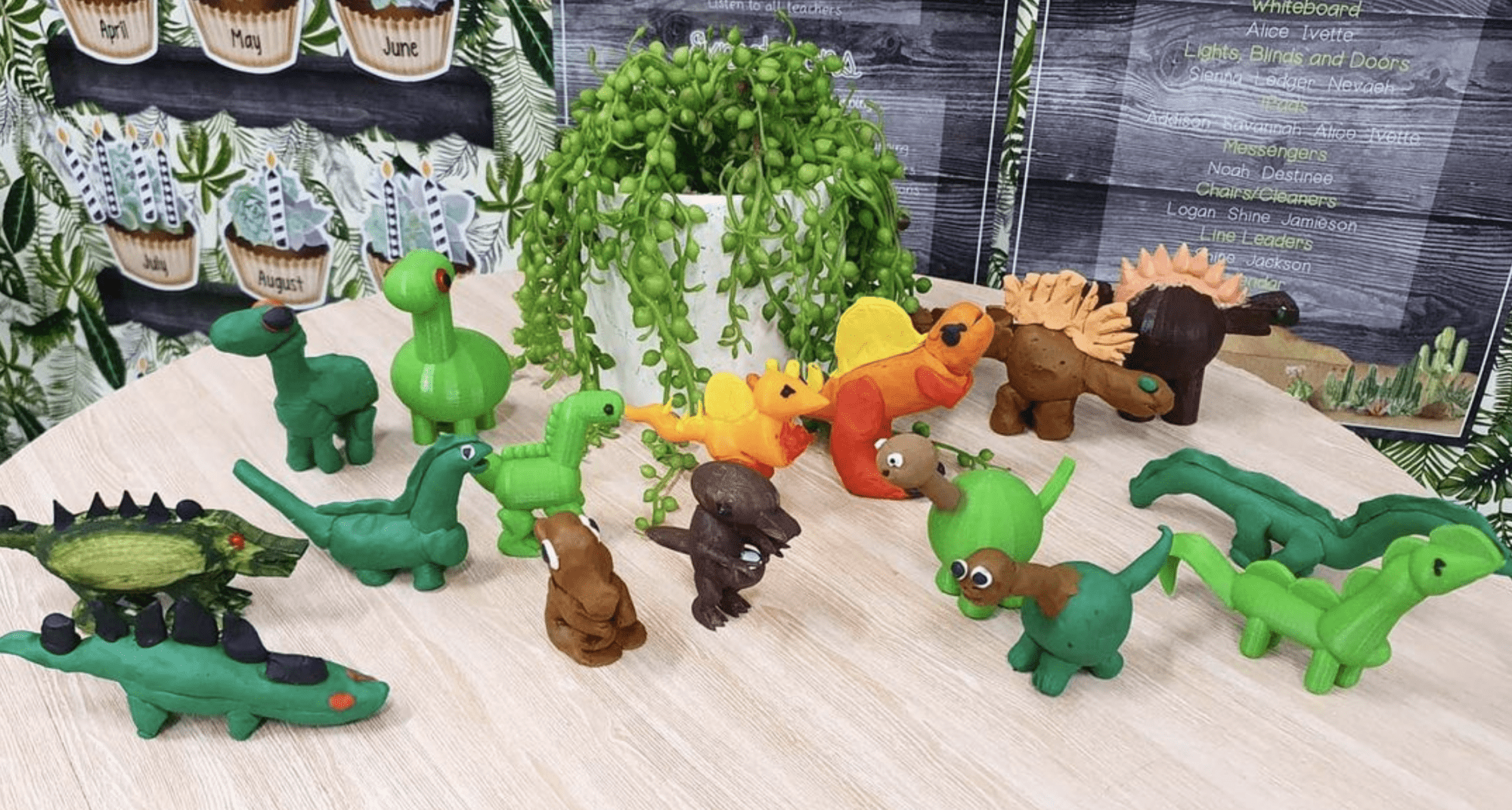 How is your school using Makers Empire?

I have used it within Maths lessons, particularly when looking at shapes, but my main focus using Makers Empire this year has been in an integrated unit of work I created in Term 3. The project combined the students’ Science topic, their Design and Technologies project, and their writing focus in English. The learning outcomes were for students:

In Term 3, the students assumed the role of palaeontologists, and researched dinosaurs with the aim of creating their own dinosaur. The objective was for the students to make their dinosaurs and information reports as realistic as possible. Following the research completed in their Science lessons, students started their Design and Technology project.

The students had to create a draft drawing of what their ‘discovered’ dinosaur would look like. They looked at what would be realistic, and used this to guide their creation. After creating a first draft drawing, I set up a gallery walk for students to give warm and cool feedback, and they then created their final drawing.

Next, students created their dinosaur model using plasticine. The idea was to focus on the shapes they would be making so they knew what shapes they would need to create on the Shaper section of Makers Empire. After the plasticine models were finished, students then worked on creating their 3D model on Makers Empire. This proved to be more challenging than some students realised, but they persevered, and did a brilliant job of creating 3D models that looked very similar to their drawing and their plasticine model.

As part of their reflection, students discussed the challenges they faced, as well as what they were able to teach themselves to do. Many were very impressed that they could use shapes to cut holes in other shapes, which helped with creating things like mouths and nostrils.

The finished 3D printed products, and their accompanying information reports were such high-quality samples of work, and my students were all so proud of what they had achieved.

What do your students think of Makers Empire?

My students absolutely love Makers Empire. We started experimenting with it in Term 2, so they had a bit of an idea how to use it before starting our big project in Term 3. My students love that they are able to complete missions set on the App, but they have also had a great time doing tasks and activities I have set for them. Some of the students have enjoyed using it so much that they often want to stay inside during outdoor play so they can have extra time using it.

How have you found teaching with Makers Empire?

The benefits of using Makers Empire, especially for our dinosaur project, have been that students were able to create something they had never had the opportunity to do before. None of my students had ever 3D printed anything before, and lots of them had never used Makers Empire before either. This did present with some challenges, as students needed to gain an understanding of what they could create to print successfully. They also had to use problem-solving skills to discover how to create shapes that may not be simple 3D shapes. Students caught on really easily though, and were keen to create and extend their skills. Makers Empire is great because there are tutorials for the students, and there is also the ability for teachers to create tasks with learning objectives. One of the tasks I set before starting our project was a basic one to teach students how to link their shapes together, and how to cut shapes out so they could change the shape to how they needed it to look.

What advice would you give to teachers who are nervous about trying 3D technology?

I think the barrier around new EdTech in schools is people feeling uneasy about trying things that seem so unfamiliar. I have known about Makers Empire and 3D printing for many years, but I was hesitant to give it a go at first because I didn’t know where to start. My advice is, get it installed on your device and have a go at it yourself. Watch some online tutorials, have a go at creating, and spend a couple of hours just playing around with the software. I have tried a couple of different apps for 3D design, and Makers Empire is really easy to use. The opportunities with it are endless, and it can really help to enrich your lessons.

Thanks for sharing your awesome dinosaur project, Sarah! We love the way you’ve combined so many different curriculum areas into such an engaging project. We look forward to seeing what you get up to next year.