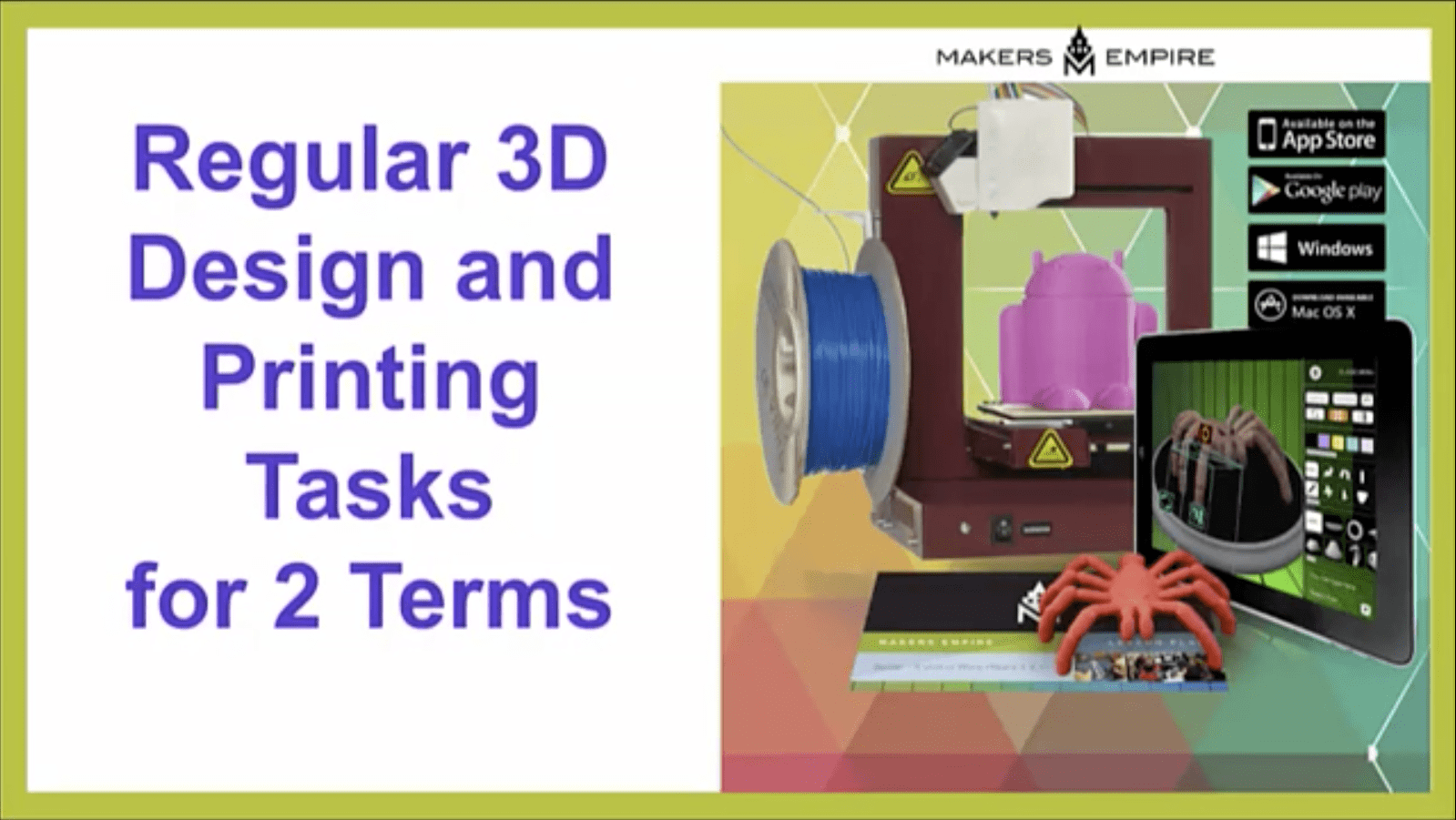 Two Australian teachers, Graham Gordon and Ruth Cowe, recently set out to investigate the impact of 3D printing on a group of 50 5-7th grade students at Sturt Street Community School.

They used mental rotation, cross-section and projection tests that are commonly used to assess spatial ability and aptitude into STEM degrees. These tests are also used by the defence forces.

After six months’ experience with the Makers Empire 3D Printing Learning Program, the results were in: the majority of students demonstrated an improved ability to mentally rotate and manipulate 3D shapes.

“I was excited to see the significant improvement in the mental rotation test results for girls in this project,” said Mandi Dimitriadis, Director of Learning Improvement, Makers Empire.

“Apart from applications to everyday life, mental rotation is recognised as a key skill in STEM related areas. Economies of the future need to connect STEM learning with all students, including girls, for the jobs of the future.”

Why spatial ability is important

David Lubinski, Director of the ‘Study of Mathematically Precocious Youth’, which is a 45-year longitudinal study into ‘genius’, recently singled out ‘spatial ability’ as an overlooked indicator of future success. Lubinski noted that spatial ability “it may be the largest known untapped source of human potential.”

Equally significantly, Lubinski noted that students with impressive spatial ability may make exceptional engineers, architects and surgeons, despite not excelling in mathematics and verbal ability.

In addition to this students were given free time on the software to create a range of designs of their own choice and also were given time to create designs for the Makers Empire website competitions!